Download
BUZZ BALL
Until Luke Murton placed his bat over his shoulders, I had no idea how to shoot this photo, because it's difficult to photograph five guys and make it interesting. I decided to duplicate Luke 's pose with Derek Dietrich on the other side of the frame. I had catcher Cole Leonida sit and stare at me and then I placed Jordan Carter and Jake Davies in the frame on the Friday, February 13, 2008. All five players have family members playing or have played Major League Baseball. ©2009 JOHNNY CRAWFORD 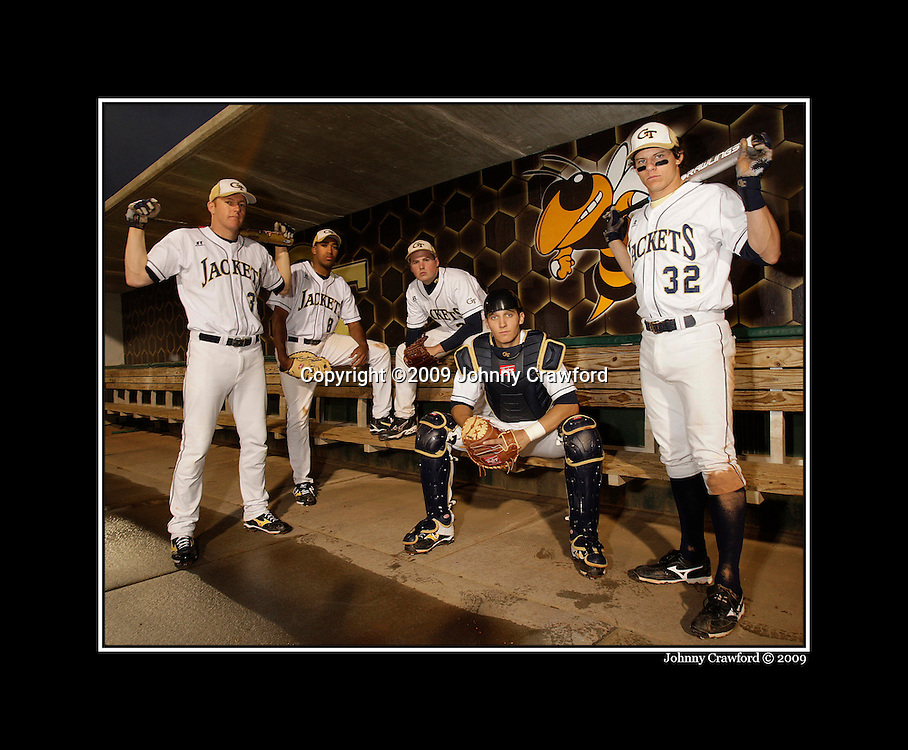